[DEFINITION] SOTO tickets in under 100 words

Within air travel, a SOTO ticket means Sold Outside, Ticketed Outside – ie. an airline ticket that has been bought and issued from a country that doesn’t feature in the travel itinerary.

For example, if a UK traveller buys their ticket in the UK but they’re travelling from New York to Los Angeles, that will be a SOTO ticket. With regards to the location of these operations relative to the origin of the traveller, tickets may also be SITI, SITO or SOTI, specifying inside or outside.

To learn more about SOTO tickets, check out our FAQ below:

What is the significance of a SOTO airline ticket?
Your airline ticket being a SOTO, SITO, SOTI or SITI ticket will make a big difference when it comes to fares. Due to special fare construction rules and regulations, tickets sold outside the origin country (SOTO) will incur additional fees.

What are the main differences between SOTO, SITO, SOTI and SITI?

This is the most common type of ticket, that means Sold In, Ticketed In [the country of origin]

You buy your ticket at Berlin to fly from BER to LHR.

Sold In, Ticketed Out [of the country of origin]

Sold Out, Ticketed In

i.e. a ticket paid for in LAX for a customer in HKG that is issued when the customer checks in at HKG, or picks up the ticket there.

Sold Out, Ticketed Out — i.e. an E-Ticket you purchase for someone in another country.

For more procurement and travel management advice, insight and information, click the button below: 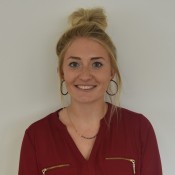 Maddy is Click Travel’s Content Manager and is responsible for all of our digital and print content, packaging up and presenting the wealth of expertise at Click in a way that works for you.