When it comes to business travel, anytime tickets are an area of train spend that’s under constant scrutiny.

Anytime tickets are the most expensive you can buy but they are completely flexible which means you can cancel and get a full refund or get on any train you like without restriction. It’s this flexibility that makes them so appealing to business travellers. However, due to their high cost, finance directors and procurement directors naturally aim to reduce their usage

In order to do this, you’ll need to provide bookers and travellers with an incentive and viable alternatives. Below are our 6 top methods of reducing your organisation’s anytime ticket usage.

Travellers aren’t always aware that they can buy a cheaper ticket and still have the same flexibility on their return journey. They usually know the outbound train they will catch so fix that one and enjoy the flexibility on the way back. This is a win/win situation – the traveller isn’t inconvenienced and the ticket cost is reduced.

When travellers book a flight they usually know when they will be travelling or getting out of meeting and therefore book a fixed ticket which gives them cheaper fares. Encourage them to do the same with their train tickets and your average ticket price could fall dramatically.

Does it hurt to ask if a meeting start time can be changed slightly to coincide with off peak times? You could also think about taking an off peak ticket both ways and staying overnight instead of buying an anytime ticket – we’ve found this can work out cheaper sometimes!

You’ve no doubt heard this loads of times, but on some routes it can make a real difference to the cost, especially on routes where advance tickets sell out quickly like London to Manchester.

We come across a lot of business travel policies that just aren’t explicit enough about what should and shouldn’t be booked. Stating that tickets should only be standard class or should be ‘the most cost effective option’ leave a lot of scope for anytime ticket usage. Ask your TMC for their recommendations of viable restrictions you can include and for help in monitoring your success with targets.

Pre-trip approval should be used as a way of letting employees book the most expensive tickets, but in such a way that they can’t actually do it until they have it approved online. We’ve already seen that this can be enough to put many travellers off and they’ll just book an advance ticket instead to avoid having to seek approval.

If this all sounds a bit tough then maybe have a think about incentivising staff to start with, maybe let them have first class advance tickets – they’ll be cheaper than the anytime tickets and give your traveller a much more enjoyable and productive trip, as well as avoiding extra expenses such as WiFi, tea and coffee.

Key to getting buy-in from your travellers is good communication – make travellers aware of the actual difference in cost to your business. If your travellers were spending their own money,  they wouldn’t book so many anytime tickets! 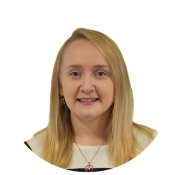