The definition of standstill period [In under 100 words] - Click Travel

The definition of standstill period [In under 100 words]

Also known as the Alcatel mandatory standstill process, the standstill period was introduced in the UK back in 2005 by the Office of Government Commerce.

It states that any contract that has been tendered via the OJEU must have a standstill period of a minimum of 10 days after an award decision has been made.

The purpose of this period is to allow unsuccessful bidders to challenge the decision made before the contract is signed off. 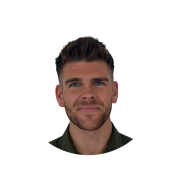 Trustpilot
We use cookies to ensure that we give you the best experience on our website. If you continue to use this site we will assume that you are happy with it. Read moreX